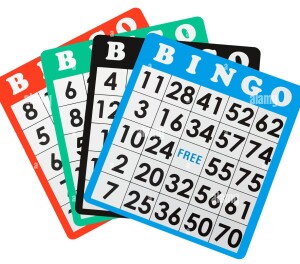 Sharon, the daughter of Shan and Lillian (Hale) Allen, was born January 25, 1954.  After graduating from high school, Sharon continued her education, becoming a licensed practical nurse.  On September 19, 1974, she married James F Bussey, in Maud.  James passed away July 3, 1989.  Sharon later married Herman “Butch” Merritt Sr., sadly Butch also preceded Sharon in death.  Sharon played bingo, she also enjoyed spending time on social media; when her health allowed she did crochet, and was proud to donate many of her crocheted items, to be given as gifts to children in the community.  Sharon has a parrot named Stinky that she spoiled, but there was nothing as important to Sharon as her family and friends.

She was preceded in death by her parents; her husbands; her sisters, Esther Owens, and Kathy Pinion; and an infant brother, Charnel Ray Allen.

Sharon is survived by her daughter, Teresa Brown, of Shawnee; a son, David, of Heber Springs, Arkansas; several grandchildren and great grandchildren; special friend, Kathy Anderson, of Seminole; and many other family and friends.

No services are scheduled.  Arrangements are under the direction of Swearingen Funeral Home in Seminole.

To send flowers to the family or plant a tree in memory of Sharon Kay Bussey Merritt, please visit our floral store.

A Memorial Tree was planted for Sharon

You can still show your support by sending flowers directly to the family, or by planting a memorial tree in the memory of Sharon Kay Bussey Merritt
Share a memory
© 2022 Swearingen Funeral Home. All Rights Reserved. Funeral Home website by CFS & TA | Terms of Use | Privacy Policy | Accessibility