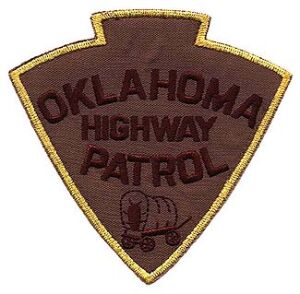 Louis, the son of Louis Elmer and Reetha (Stephens) Chase, was born April 6, 1940, in Seminole.  Louis graduated from Seminole High School.  He proudly served in the US Navy.  On August 29th, 1980, he married Barbara Ann Nelson, in Lawton.   Louis was a lifelong law enforcement officer.  After beginning his career with the Cushing Police Department, Louis joined the Oklahoma Highway Patrol, ultimately achieving the rank of lieutenant.  During his distinguished career with the highway patrol he was awarded many honors.  He was shot in the line of duty in 1978; his actions in that situation earned him Trooper of the Year.  He was given a citation for successfully negotiating a hostage situation; he served as a sniper with the OHP SWAT team; during a national governor’s convention in Oklahoma, he worked with the security detail; he also provided security at the Murrah Building following the bombing.  When he retired, Louis was the lieutenant over Seminole, Hughes, Okfuskee and Pittsburg counties.  Louis was a black belt in judo which he taught while he was stationed in Lawton.  After retiring from the highway patrol, Louis went to work for Enviro Systems, where he worked an additional seven years.

He was preceded in death by his parents; a daughter, Taunya Renae Chase; brothers, James Chase and Charles Russell Chase; and a sister, Barbara Chase Magruder.

Louis is survived by his wife, Barbara, of the home; son, Louis Erick Chase of Seminole; daughter, Kim S Giles of Newalla; grandchildren, Shaun Giles and wife Brittany, of Lawton; and great grandchildren, Caden Giles and Cadey Giles; sister, Patricia Plumlee, of Union Missouri; his brothers and sisters in the Oklahoma Highway Patrol and many other family and friends.

Funeral services will be Friday, January 7th, 2022, at 2:00 P.M. at the Swearingen Funeral Chapel, Seminole, with OHP Chaplain Sam Garner officiating.  Interment will follow at Little Cemetery.  Services are under the direction of Swearingen Funeral Home in Seminole.

To send flowers to the family or plant a tree in memory of Louis Eugene Chase, please visit our floral store.

A Memorial Tree was planted for Louis