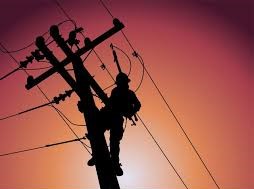 On Saturday January 8, 2022, Kenneth Eugene Lail of Choctaw, passed into the arms of his Savior at age 92. Kenneth was born on October 11, 1929 to John and Allie Lail in Earlsboro, Oklahoma. Kenneth moved with his family to Seminole, Oklahoma in 1946 and graduated from Seminole High School. He married his high school sweetheart and the love of his life, Virginia Unsell, on February 20, 1949. They were married for 66 years and lived a life rich in family and faith.

In 1948, at the age of 18, he began his career with Southwestern Bell Telephone Company as a telephone lineman. In 1961, he moved his family to Oklahoma City, Oklahoma while still working for “the phone company” as a central office repairman. He retired after approximately 30 years of service in 1978.

Kenneth was an avid reader of the Bible and always seemed to be reading a western novel. In addition, he enjoyed listening to old gospel music and watching baseball. His most favorite activity was having his family with him and then visiting with his numerous friends while bragging about his family. As everyone knows, four-legged Jake was his joy and companion.

He is survived by his children Dee McHale and husband Geoff of Naperville, Illinois; Steve Lail and wife Marcy of Waco, Texas and Karen Blue and husband Don of Choctaw, Oklahoma. He was very proud of all his grandchildren: Michael Greer, Elizabeth Belgio, Brad Lail and Jessica Nichols. In Kenneth’s later life, he treasured his time and day trips with his dear friend, Virginia Thomas.

Kenneth was preceded in death by his wife, Virginia Lail; parents, John and Allie Lail; his brother Harold Glenn Lail, and granddaughter Dana Renee Lail, whom he is now rejoicing with in heaven. He was a loving husband, father, and grandfather and his legacy will continue to impact the lives of his family and friends.

Both the viewing on Friday, January 14 and the service at 10:00 A.M, on Saturday January 15, 2022 will be held at Swearingen Funeral Home, 1001 N. Milt Phillips Ave, Seminole, Oklahoma, with interment at Maple Grove Cemetery in Seminole, Oklahoma.

In lieu of flowers, the family has requested that donations be made in Kenneth’s memory to the Baptist General Convention, attn: Disaster Relief, 3800 N. May Avenue, Oklahoma City, Oklahoma 73112 or at www.okdisasterhelp.org.

To send flowers to the family or plant a tree in memory of Kenneth Eugene Lail, please visit our floral store.

A Memorial Tree was planted for Kenneth